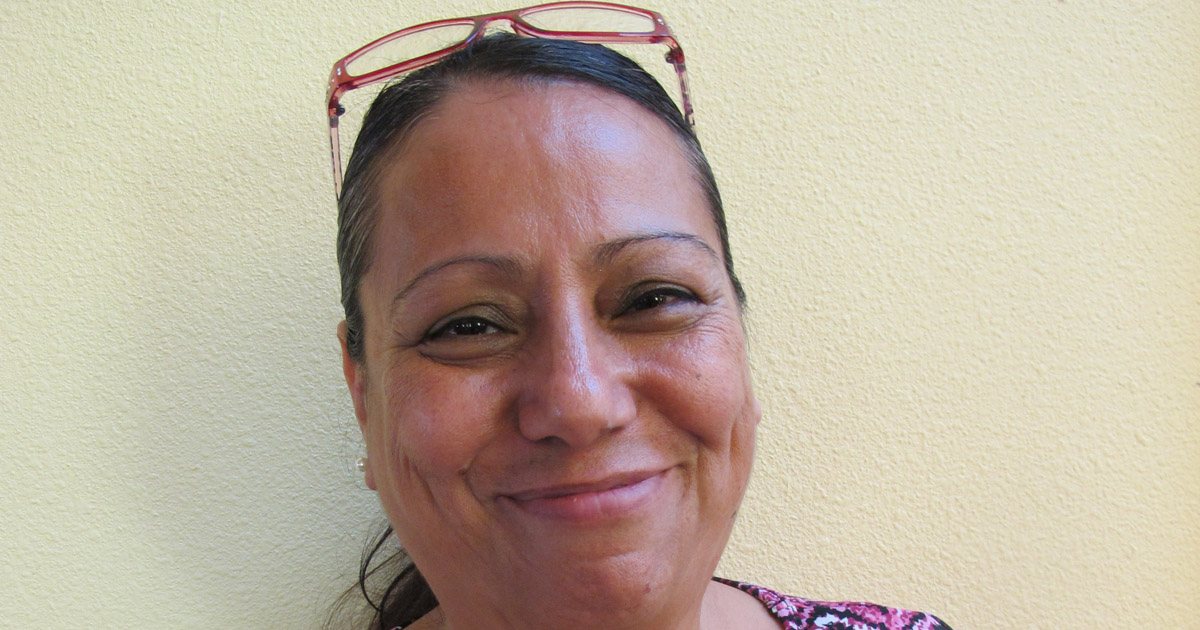 My name is Ramona Madera. I want to share why I believe everything is possible, I am someone who came to the US in 1984. We struggled a lot, my husband and I. We came hoping to be better off financially, between the two of us working, we would be able to have a better life for our two daughters.

I have so much to be thankful to God about, even though I had to crawl my way through the Calexico border crossing while pregnant, and despite the fact my daughter could not be born in the United States because I had to go back; I was able to return – I did not give up and came back. I got pregnant again and now I had the chance to have my second daughter in Riverside. I had to return home, as I could not afford to pay rent because farm work is seasonal. We decided to go back and leave our children with a nanny during the whole week. I suffered a lot when we had to leave. I had the feeling my children were being mistreated.

“Maybe I thought that because we were so tired from sleeping in the car in the parking lot of a gas station – or so I thought, maybe that was the reason.”

As time passed, my daughters grew up, and I realized that what I felt was real. My daughters told me about the times the people, who took care of them, mistreated them very badly. They suffered a lot. So much so, that they do not ever let anybody take care of their own children. I feel guilty and I apologize whenever I can. They suffered just because I wanted to be better off financially. I don’t think we realize how we hurt our families. I thank God for giving me what I have, my daughters, who in spite of everything we’ve gone through, they turned out ok. We managed to have a place to live, food to eat and the means by which to move. I am celebrating that I have my four granddaughters and my two grandchildren, and my husband, who has taught me how to see things in a better way. He always told me I had to learn to drive because, if anything happened to him, I would struggle – and I think he was right. Now, I drive south to northern California. I celebrate and thank God because everything is possible.

Storyteller Ramona Madera works for Lideres Campesinas. She is from Guadalajara, Jalisco, Mexico.