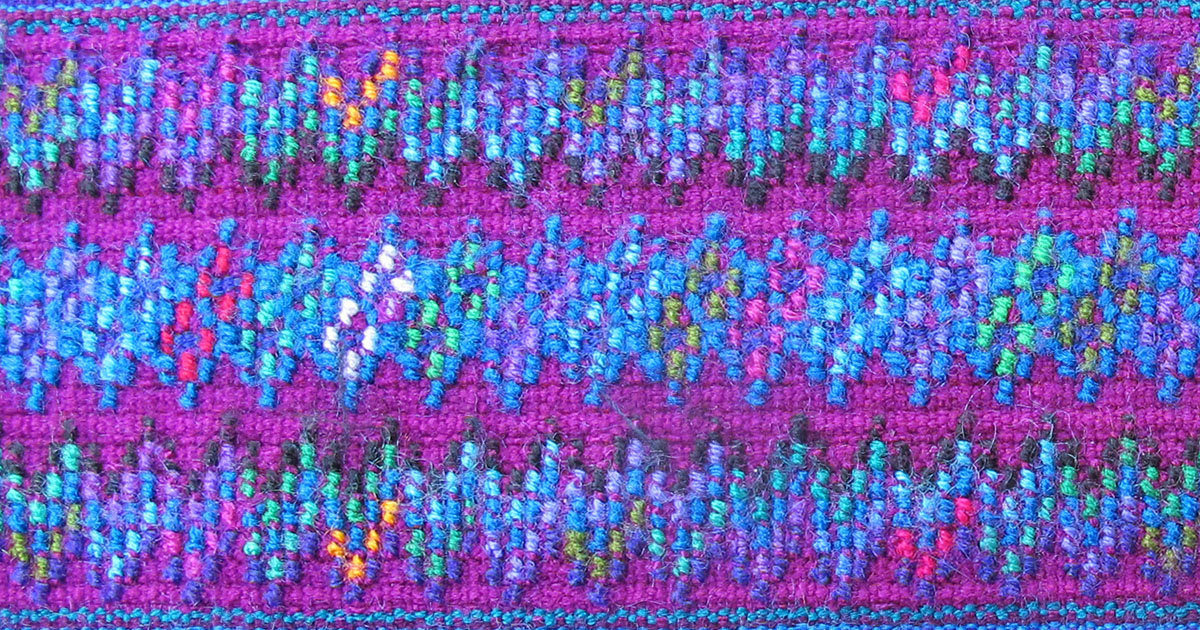 My story is very sad. It’s sad because I started working at thirteen, in the town I am from, in Acapulco – a town near Acapulco. I only went to school until third grade and I didn’t finish because we were very poor. My dad worked to support us and because I saw him work so hard for us – I am the fourth child – I decided to go to Acapulco and work in a house cleaning. At thirteen, I was washing, ironing, mopping. I didn’t cook food, but I did everything else in the house.

Every month, I would cash my check and my mom would come to get money to bring food back to my town. I didn’t live where I worked. I lived with one of my sisters. I would ask my boss, “Do you need me any longer?” and then head back to my sister’s. I lasted working for that boss. When I was fifteen, just before I turned fifteen, I was leaving work and a man, who used to harass me, took me against my will. We were still in Acapulco, he put me in a cab and took me to his town. Once there, near a river, he did as he pleased with me. Then, he bathed me in the river and took me to his mom’s house. Later on, when my sister was looking for me, he took me back to Acapulco. But, well, I didn’t like him because it had never been my choice. I wanted to work – not have a husband, young as I was.

After that, I had two children with him; but he used to beat me. He abused me constantly.

“When I worked he would take my money. He would steal it. He would rob my money because I didn’t give it to him. He would say I had to work and then he would get upset and beat me up take advantage of me.”

He said he couldn’t find work, but he didn’t want to work. He was older, if he is still alive he is seventeen years older than me. Later, I grew tired, he wouldn’t leave me alone; so, I came to Guadalajara to work with my previous boss. This man still wouldn’t leave me and I was already pregnant with my second child. My son was born there, in Guadalajara. I worked a long time to support my son and to send money to my children and to my mom and dad. Afterwards, a friend, a neighbor from a town near mine, came over. She had already been here, in this country. She told me to come with her (to the United States), because I would be better able to support my children and help my parents. I came with her and left my young children back there with my parents and I came to work here. I just kept sending them money.

I came with a friend. I crossed illegally to be able to work and send money to support them. When I came here, my first job was working in the olivos, the olive trees, up ahead of Huron.  At a ranch full of all these olive trees. We would sleep there, at the ranch because we lived in Parlier. Every Saturday afternoon we would leave Parlier. From there I would send money back home to my children.

“There were no houses at the olive tree ranch, so we slept in cars. Many people lived there. Families cooked with firewood.”

Later, I met the father of my daughter, because I have a daughter who was born here. I brought my children; he helped me bring my children. Over time, he also became very abusive. He often beat me – very often – he even sent me to the hospital. And after so many beatings…I got angry. I got angry and maybe he got tired of beating me up so much and he just he left. Thank God! He left me on my knees! He took off and goodbye! He left! He left with somebody else and I had enough of that. Now, it has been eighteen years. Alone by myself.

I continued to work for my children. They are already grown-ups. Thank God, I supported them, modestly, but I did make sure they had a good education in life and I feel proud of that, because I was, as people say, a single mother twice. I provided for my children. They are not professionals because they did not want to study, but I supported them and they are, thank goodness, good people. They work for themselves because I live alone now. I am older.

Then I was introduced to Líderes. A friend invited me. I was very depressed because I was sad remembering the second time I was beaten and abused. Then I joined Líderes and the depression went away, it began to disappear. I am still in psychological treatment, but my depression is beginning to disappear. Thank God, because being here, with my friends, it’s like therapy. It is therapeutic for us, because we learn from each other.

And so, that’s my story. I was a single mother twice and the first time, a very young mother. I never walked down wrong paths. I just worked. Here in the field, I started on the olive trees and later I worked in the packing sheds, that’s been my job in this country. I’d leave at four a.m. and return at five p.m. It was an hour and a half from Madera to Huron or further, an hour and a half driving distance. I had many obligations here and in Mexico because I kept sending money to my parents.

I still send money to my mom so she has her own to spend. My father died, but my mom lives. Whenever I can, I send her some money. It is not a lot, but I send it. Every month I try to send what I have, whatever little money I have to my mom. I am used to doing it because, after all, she is my mother. She is a widow, and life in Mexico is costly. Thankfully, I can send her money every month. It’s a sad story, the story of when I was a young girl, but while I am alive, I will continue to be strong.

Storyteller Maria Garcia dedicates this story to “her family, a flower.” Maria told us this story during the Lideres Campesinas:  Sembrando El Futuro workshop in Greenfield, California.