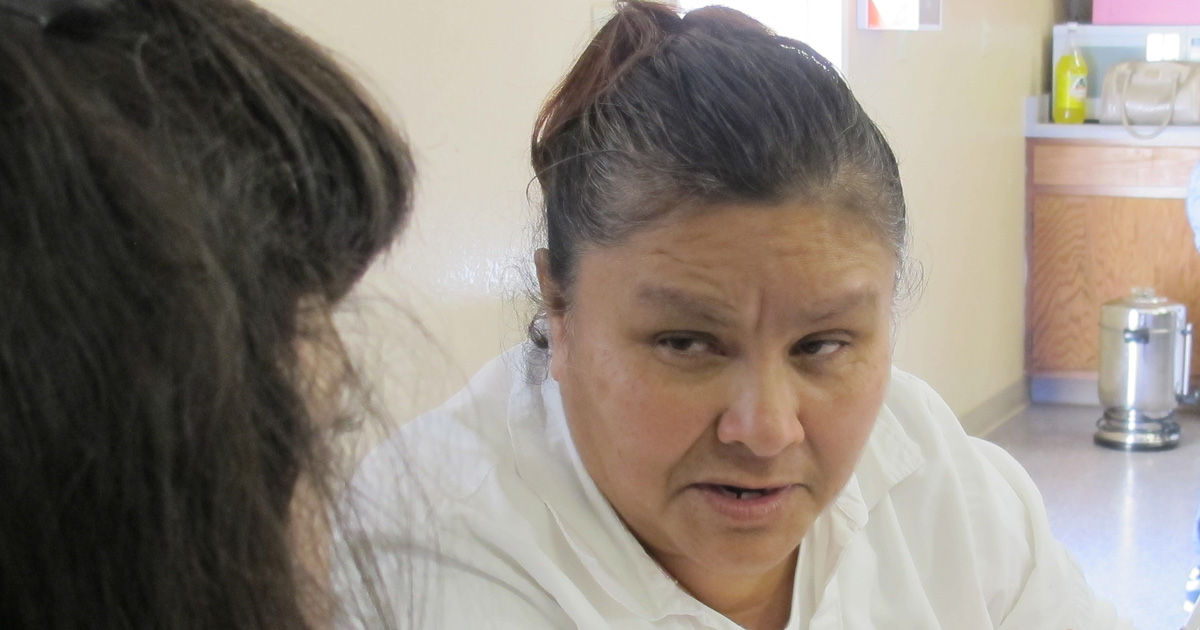 That lady is called Macaria; the lady who helped me. I didn’t just bump into her. I found her, she knew me from before, but did not know my husband. She did not know I was living with him. She is my sister-in-law, my brother’s wife. She told me, “Why are you living on the street, and not with your brother?”

“Because there’s no room, no space for me to live with him.” I said.

I used to live alone in her living room. But my sister-in-law said I could not live with him in the living room, because sometimes she went to the bathroom, and who knows. So they made excuses, and then we could not live there anymore. She told us to return home, she asked why I haven’t gone to see her. I told her,

“I did not think you were going to help.”

Then I returned to her house. She gave me a room, bed and everything; with a blanket and everything. And then she got us a job in the strawberry fields. It was very hard.

“We had never worked in the fields, my husband and me. But we never chickened out. We worked.”

When you work with strawberries, you ask for an application. You tell the supervisor that you don’t know, and the supervisor teaches you. He trains you or he gets somebody to train you. So, two days training and get to work. So, the first check we got, we tried telling her, “How much do we owe you for giving us food and everything?” And she said, “Don’t pay me now; send money to your children, because I’m sure no one has sent them anything.” In fact, we hadn’t sent money for two months.

It had been about eight or ten months since we had left Tijuana. And since I have a cousin who worked painting houses, he works painting houses, for him to offer a job to my husband I had to make him food for weeks, I would tell him “come eat with us.” So then I told him, “Why don’t you give Ismael work?”

We continued in the fields, while hoping a painting job would open up. One day he came and said, “Make some gorditas (thick tortillas). Make me some gorditas, and I’ll bring the ingredients”

“Órale,” and I prepared them. Whenever I could, I did favors for him; whenever I could I asked when he was going to get Ismael work.

“Just wait, he’ll get so tired later of all the work he is going to have,” he said. And yes, the day came, and he quit working in the fields. I still worked in the fields, but he left to work as a painter. He began making money. He began looking for women. He had money now, I mean, that kind of man had a wife standing there next to him while he had no money. And when they feel confident enough, they grab their money and go find another. I mean, men don’t change. When a man tells you, I’ll change, it’s a lie. Sometimes you believe them because you want to believe that the person will change, but no.

“Well, that is up to you and you only,” he said. And nothing happened to me there. I crossed at night, through the hills. And the ones crossing the line (border) took longer because they had to wait to cross until they found an opportunity; and then, I crossed right there. When I was brought to Los Angeles, they brought me in a van, and I walked too, as always, but I made it. I mean, nothing happened to me.

Storyteller Ma. Luisa Salazár is a peer counselor and from Morelos, Mexico