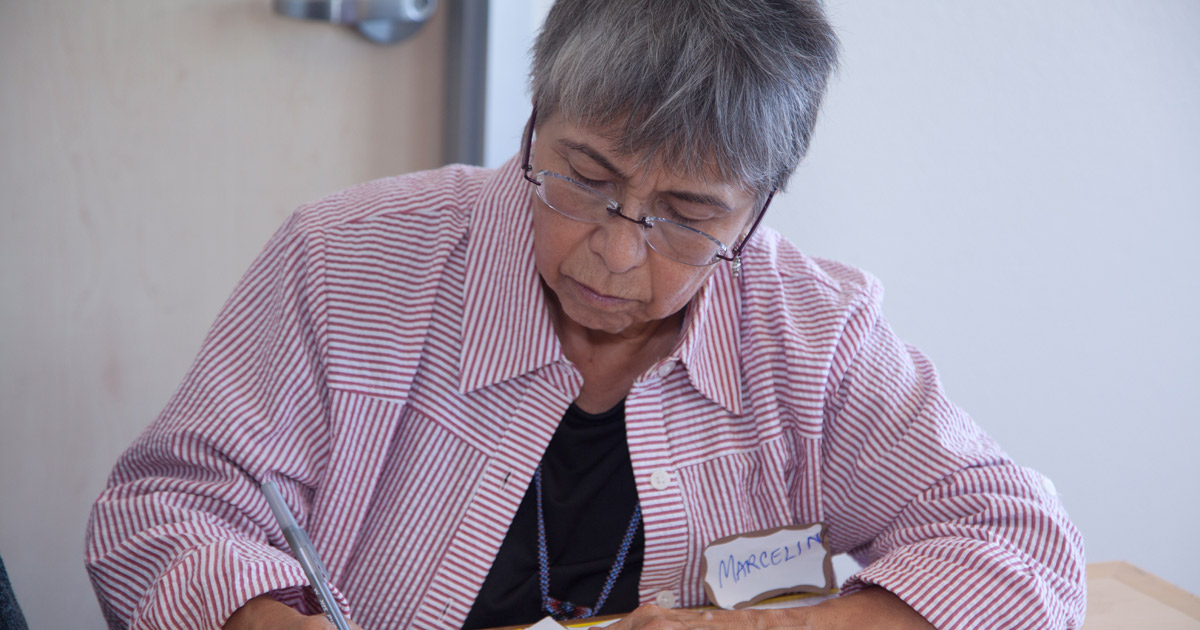 My life started out in West Oakland. My first memory was living with my mother, Mamacita (abuela) and Papacito (abuelo). My father was serving overseas at the time.

From those early days I learned español from mis abuelos. Especially, I learned from Mamacita. I was with her every day until I was about five. She spoke almost entirely Spanish.

We moved when I was four. By that time, I had two sisters and Dad had returned, got a job. I now lived further into West Oakland and my world began to open as I was sent to the local public school, called McFeely.

In West Oakland, we were close to my father’s family. Now I had Tias y Tios and Grandma Sarah to also spend time with. Grandma Sarah spoke only Español but my Tias y Tios spoke 95% English. My parents spoke English to each other. I soon began to lose my ability to speak Spanish.

Now our family was focusing on us getting a good education. My mother completed high school but Dad had dropped out as a sophomore. As I was starting 1st grade, they began to enforce and encourage us to attend school and learn. This was all in English.

I have to say that in the late 1940’s and early 1950’s it was considered un-American to speak anything but English. People completely discriminate and treat people badly who spoke Español.

“There were times when I was with my Mamacita that she was treated with disrespect. I HATED that. I saw how painful it was for her. I got mad about this.”

“I can’t understand you -can’t you speak English? You are in America.”

She would say, “Look at me, listen and you will understand what I say.” She didn’t take that disrespect.

I love my culture because of the wonderful ways my grandparents taught me about it, the cooking and inventiveness of my Mamacita. She ran a boarding house and would make meals people sought to eat. Homemade tortillas, enchiladas, fideo, everything.

My Papacito was a creative craftsperson and gardener. He built a lot of amazing, useful things to use in the house. His workshop was immaculate.

Yet, getting together to play cards, dance and create fiestas was part of it. Picnics and hanging out with my cousins. By that time I had four sisters and five boy cousins. We were our own little playmates. We got into mischief and also helped my Grandma Sarah with errands and such.

From my parents I learned I was worth educating. They sent us to Catholic schools and supported our learning.

Unfortunately, I was not a great student, but instinctively loved learning. Fortunately, I was able to complete an education by attending Community College at Laney in Oakland. Then due to support of a Raza program, I applied and was accepted to U.C. Berkeley.

My dream of an education had come true. It took so many years as I was in my 30’s by the time graduation came. Later, I was able to get my M.S. at SF State University – the 1st in my family to graduate from College.

It was a long road with lots of struggle, conflict, support, joy and love of my family and my culture to make me strong and kept me going.

Storyteller Marcelina Delgadillo is a Chicana born and raised in Oakland, the oldest daughter in an activist family. Currently, she spends her time as a caretaker and storyteller.

One thought on “Never Give Up”