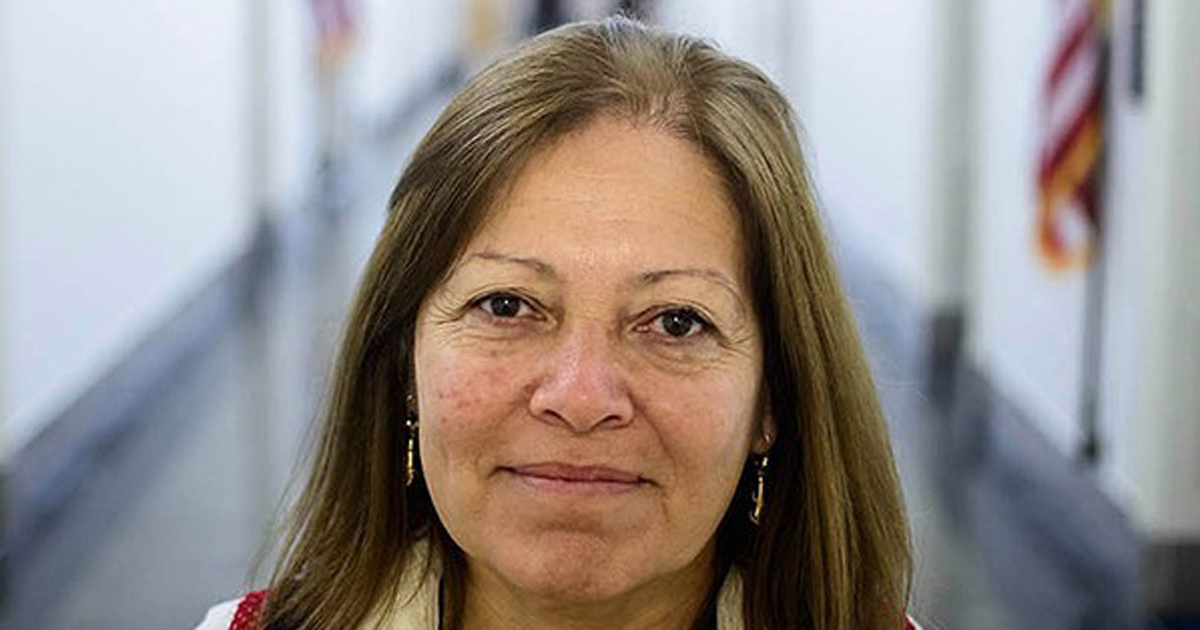 I was born in Washington State. I relate to people when I share with them who I am and where I come from. I come from a family of migrant workers. I am Mexican, and I am the sister of four men and five women. There are ten of us children. My mother was always strong and determined.

I worked in the Idaho fields since I was eight years old. Before going to Idaho, my family lived in a rural area for six years south of Nuevo Leon, Mexico. The place is named Caja Pinta, in the municipality of Linares, Nuevo León.

I was very studious when I was in first and second grade. I was seven when I went on to third grade. But, when we went to Idaho because it was economically necessary to migrate, my life changed and I became a migrant worker. We lived in different migrant camps before settling on a ranch where we lived in boxcars that weren’t air-conditioned. I remember I was always sick,  as were my brothers, because it would snow during the winter and the cold was awful.

I wasn’t admitted into third grade at school because I didn’t know English and because I was seven years old. I couldn’t understand this. I just remember feeling like I wasn’t smart anymore, as I had been told in Mexico.

“We lived by working in the fields every day – before and after school. I remember being worn out because the work was exhausting.  At school, the teachers didn’t pay attention to me because they didn’t speak Spanish and I didn’t know how to communicate.”

I think the teacher sent me on to second grade because she didn’t want to work with me. At the same time, I was very good in math because when the teacher had weekly contests I always stood out.

I didn’t understand English well until I turned eight years old, when I was about to finish third grade. I think my writing improved as the time went on.

When I was eleven, my parents decided it was time to go back to Mexico and settle down there.

Once again, my life took a strong turn. I began the 6th grade at a private school and my teacher was not able to help me overcome the fact that I couldn’t write in Spanish and my language skills were very limited.

I had to do 6th grade twice. Once again, this made me feel like I wasn’t smart enough. After that, my mother encouraged me to not go into a career that would not take too long because she thought I might not finish it. She convinced me to go into a vocational field so that I could get an office job, because it would be better for me. I felt miserable, but I thought that it was possible they were right.  After completing three years of business school, my parents decided that because of our economic situation we needed to go back to the USA.

We immigrated to California. In California we lived in a lot of places in the Central Valley, while looking for jobs in agriculture. My brothers also came to the USA and left school to help the family work in the fields.

“We worked in places where there were agricultural jobs (lemon, orange, grapefruit, grapes, almonds) under the worst conditions:  where there were no bathrooms, where we were sprayed with pesticides; where we would be promised a be paid a certain price and our salary was later stolen.  There were times when I was harassed at work.”

But we organized as a family and helped to get a UFW contract in the field for the first time to represent agricultural workers in lemon, orange and grapefruit groves.

As a teenager in California, I went through some shameful episodes, since there were no bathrooms in the fields, where I would hide behind trees or bushes to take care of my needs – only to notice men watching me (unwillingly, I think).

My sisters and I also learned to organize youth at the church. In the fields, because we had been a family that had helped to organize, my father was hired by the UFW. He would ask me to tell the workers about the negotiations and speak about the benefits.

That helped me improve myself.

When I was organizing with my brothers, working in youth groups, I helped organize several groups. We would do raffles and fundraisers to go in groups to youth conferences in California at churches; we would take our youth there.

I was encouraged to go to Colombia when I was 20 years old, to learn more about leadership. I went with a group of ten young people for two months. I was the only migrant farmworker.  From then on, I knew I would be able to achieve much more.

Storyteller Mily Trevino-Sauceda states, “I am an organizer and I spend my time organizing my community and farmworker women. I love to learn from people.“ This story was written during the Lideres Campesinas:  Sembrando El Futuro workshop in Greenfield, California.