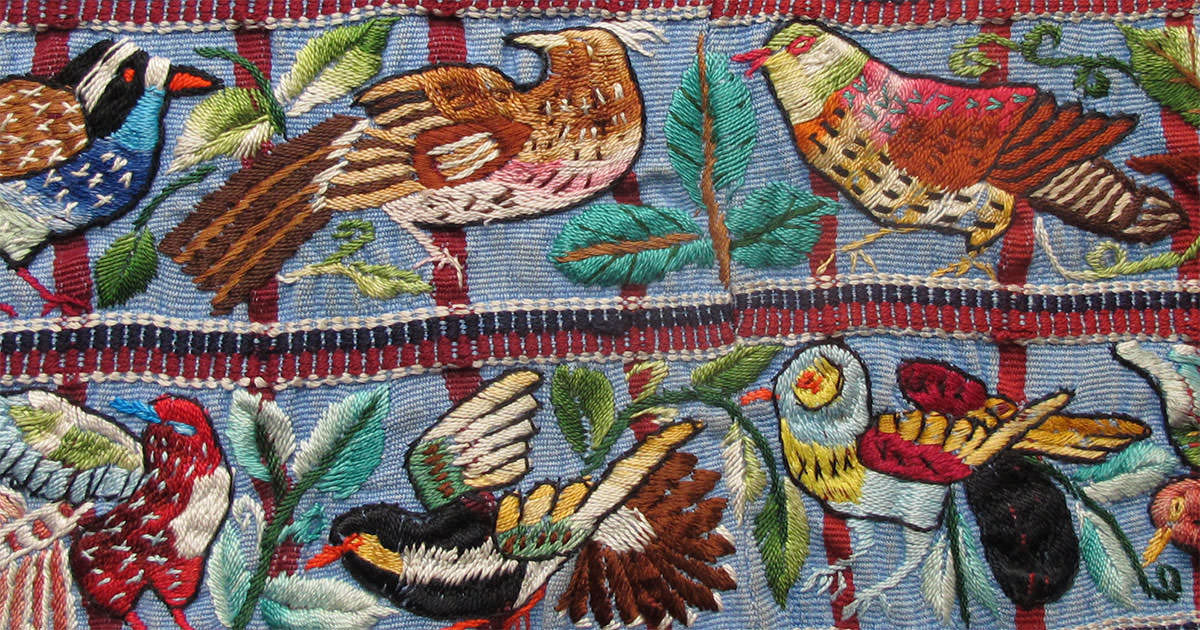 Recently, I heard a person say that if you always tell the truth, everything will be fine. If you lie, a lie takes you to another one.  Since I met this man I truly saw him as a friend.  I didn’t have it in mind to ever get married.  I had the wrong idea thinking that all men from Oaxaca were like that (liars).  “I don’t want a man from Oaxaca.”  But I was doing wrong because that was just information that I had from my childhood.  I used to say, “God, do not let me to marry a man from Oaxaca.  Moreover, I will never get married!”  I used to have that in my mind.

I continued, I met my husband.  He is from Acapulco, Guerrero (Mexico).  He used to tell me “I want to share a little bit of my life with you.  I’ve suffered a lot, I saw my mother suffer.”  I said, “You’re repeating what I told you about my life or something like that.”  He said, “No, you weren’t the only one who went through this (domestic violence). I did as well.  I will never repeat that again.”  I used to say, “He’s just telling me that to impress me”.

Time passed.  Two years, well a whole year.  Later on as I was planning my wedding, I used to say, “Hey, what am I doing? Why, if I’m never getting married, am I doing this?”  We had been together for a year.  It was something really special to me.  But for my Oaxaqueña community, at 22 years old, well at 21, planning my wedding by myself, it was like “Ok, you are really a mess”.  For me it was something really nice, something different, even though I had a different mentality because of all the time that I had lived in Tijuana.

That was how time passed.  It was just that, I was thinking, this is just the beginning. That’s why he’s like this, but the time will come when he will start to hit me.  So I was always thinking that. Maybe he’ll hit me, and then what’s going to happen? It would be like that. I used to think that it had to be like that.

I think that for the same reason, because of what I had gone through, I started to use cuss words.  Because I was the only girl among six siblings, I don’t want to justify myself.

Then he started to talk with me.  He said, “You know what, remember when we went to the Church and we pledged to be together for better or for worse, and you know that if you disrespect me, everything goes awry?” I was surprised when I heard that because I had used a very bad cuss word.  Then he said,  “Do you know what I understand with that word?  That you are confusing me with another person.  That is why you are calling me that.  But I am not going to tell you anything.  I don’t know what you want but I’m not going to mistreat you.  Because maybe that is what you experienced, what you saw.”

“I was really surprised because I asked myself, “Why doesn’t he say anything if he’s getting offended?”  He said, “When we were married we did it right. In front of God we committed to taking care of each other.”  I thought, “Please tell me what planet are you from?”  And he said, “Are we going to treat each other with spite? Right now we don’t have children, but if God were to gift us with children, we don’t want to be doing this in front of them.”  Then, I understood that God wanted something different for my life, something different from what I had lived in my childhood.”

Little by little, I tried to understand that God had a different plan for me.  I had professional help for a while, but it wasn’t because of what had happened in my childhood.  It was because I couldn’t get pregnant.  I wasn’t able to get pregnant for two years. I don’t know, maybe it was because I used to work in the fields.  I never thought about it, but when I married my husband, that was the last year that I worked in the strawberries.  He told me, “No, you’ll never set foot in the fields again. I’ll take care of it. You’ll not set foot in the fields.”  I said, “But, why? There is nothing wrong with working in the fields.  I’m used to it.  I’ve been doing it for nine years.”  He told me, “No, we will find you a different job.”

He got me into a clinic as an interpreter.  I was working in the clinic.  After all that, I was there for just a year.  Then I moved on to a guitar factory where he told me, “You’re going to be working with me.  It’s that they need a supervisor and that is exactly what you know how to do.” I said, “Ok, very good.”  I moved and worked there for eight years.

It took me two years to get pregnant. But as I had suffered a fall in my childhood, I thought that perhaps I would not be able to have babies, and so it was my great trauma. I was getting professional help. But, as a human being, I think about what I need. I’m still thinking. I say, “No.  I need professional help.”  I say I’ve overcome it.  But I don’t think so.  I feel comfortable talking about it.  Like right now, I feel very strong talking about it because before I even used to fall to the floor and it was hard for me.  I’m a human being, the feelings are there.  I feel stronger.  I can talk about it.

I work, besides with Lideres, I also run an organization.  I work for my Oaxaqueña community.  I’ve had the opportunity to share with my community.  What I want to say with all this is that sometimes one thinks that one can overcome something, that it is not going to come back.  Then, it is really important that we as Oaxaqueños get, it is really important to get professional help.

Then I was talking to my husband, and he says, “Let’s look for help.  And if you want, I’ll stay with the children.”  He stayed with the children.  And thanks to my mother, who has helped me a lot.  A lot, a lot, a lot.  I believe she is one of the biggest reasons I am able to stand up; be on my feet.  My children, my mother and my husband.  I knew her before I met my husband.  I’ve had huge support from my mother, so much, so much, so much, to the point that she lives with me.  I don’t have to worry about my kids.  Since they were born, she’s taken care of them.  I work, and my mother is there for us all the time.  I have a lot to thank God for.  Finding professional help is important.  It is necessary to leave behind burdens and give to be able to overcome.

What I want for my children with all of my heart is that they become good people. To study as much as possible so they achieve a higher education. That would be the greatest gift I would ever receive in my life and I would be able to say, “I was a good mother.” I pray God grants me enough life to see my children turn into university students and get degrees in whatever field they decide.

I am grateful to the Creator.

Storyteller Cielo is a community organizer and Oaxaqueña.