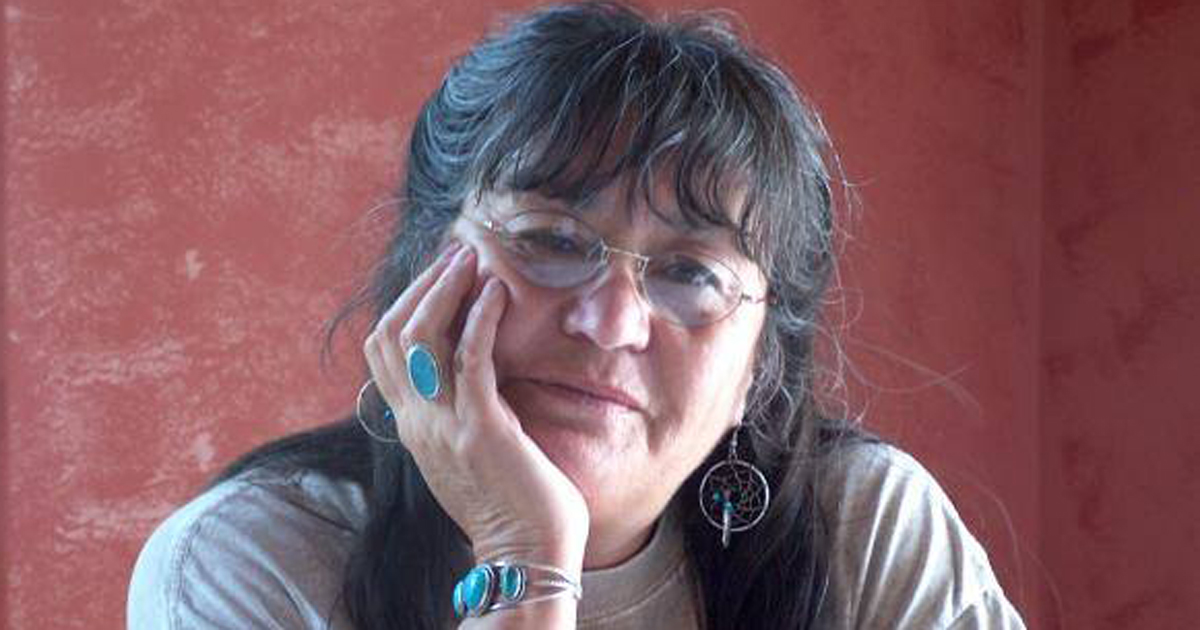 That sunny May Day afternoon all of the classes in third grade were assigned to dance the Mexican Hat Dance in the elementary school festival. It was one of the few ways that our culture was honored in school. Every May Day there would be one class that performed something Mexican. It may have always been the Mexican Hat Dance because I don’t remember any other dances.

The boys wore white shirts and dark pants and the girls white peasant blouses and full skirts. Before our performance, the teachers fussed around primping all of us. They pinned strips of red, green, and white crepe paper across the boys’ shoulders to look like serapes and attached colorful paper flowers in the girls’ hair.

After our dance, I searched for my cousin. He was only a couple of months younger than I, but in our family, our mothers had instilled in us that older children should look out for the younger ones. I found Boy in a corner near the Fairplay School. He was crying. I didn’t have to ask why. His white shirt was stained with blood where Miss Ferris had pinned the crepe paper. She had put the pin through his shirt onto his skin. I took his hand and led him to Mama Carmela. One look and she grabbed our hands and stomped off to find Miss Ferris. She found her on the playground surrounded by thirty Chicanitos dressed in the Morenci Elementary School version of Mexican peasants. Mama Carmela pushed a reluctant Boy to face Miss Ferris.

“Look what you did to my son,” she said, as she let go of our hands.

I stood shoulder-to-shoulder with my cousin and groped for his hand. It was wet and I clutched it in mine. Even after I noticed that it was wet from blood streaming down his arm, I continued to grip it.

Miss Ferris, a skinny older woman with crooked teeth, bad breath, and grey frizzy hair so sparse you could see her scalp, reached out to touch Boy’s shoulder. We backed away from her.

I peered up at her watery blue eyes behind steel-rimmed glasses and knew she wasn’t sorry. Miss Ferris was the meanest teacher in all the Morenci schools. Her students, all Chicanitos, were punished for the tiniest infraction of her rules.

“She poked, pinched, and slapped. The only thing she didn’t do was spank. She sent kids to the principal for that. Older students told us that she used to spank, but one day she beat up a kid so badly he had to be hospitalized. I don’t know if it was true or not, but she wasn’t allowed to spank and for that, we were grateful. Even if we weren’t in her class, we all feared her when she was on playground duty because of what she did to us if we broke the rules.”

It was bad enough that she hurt us physically, but the things she said to us were cruel.

“You’ll never amount to much, you can barely speak English.”

“It’s about what I would expect from a Mexican.”

“If you can’t say it in English, it’s not worth saying.”

On this occasion, Mama Carmela looked her right in the eyes and said, “I don’t think you are sorry. I think you did it on purpose.” She reached over to Boy and unfastened the safety pin from his shirt and skin. “Look at this. How could you not know it was going into his skin?”

Miss Ferris’s eyes squinted in a frown. She didn’t like to be challenged. I was afraid for Mama Carmela and even more afraid for Boy who had to be in her class the next day. She said, “How could I know? He didn’t say a word.”

“Is that why you hurt him? ¡Vieja pendeja!” Mama Carmela wasn’t quite yelling but she spoke loud enough to be heard by the women who were gathering around us to pick up their children.

“¡Dile!” yelled one of the mothers.

“Sí, tell her,” echoed another. Mama Carmela didn’t need encouragement. “You think because our children don’t say anything, you can get away with treating them worse than animals?”

Miss Ferris looked over her shoulder. She licked her lips and her tongue, flicking in and out, made me think of a snake. I saw fear enter her eyes when she realized there was no escape.

Behind me kids whispered, “¡Pégale! ¡Pégale!” I, too, wished that Mama Carmela would hit her. I looked at the crowd and saw that many of the mothers had their hands clenched into fists.

Mama Carmela pointed at Miss Ferris instead. Miss Ferris cringed as if she’d been struck. “You think we don’t know what you say and do to our kids? This is the last time. Do you understand? If another child comes home and tells his mother that you’ve said or done something mean to him, you’ll answer to me.”

“You’ll answer to me too,” a mother yelled.

“And me,” yelled another.

Some of the shyer mothers repeated it in softer voices.

Mama Carmela took Boy’s hand and mine and led us away. I looked back over my shoulder and saw Miss Ferris trembling in her nylon dress. The strap from her slip hung down one arm, sweat beaded on her face. She looked like the witch in “Dorothy and the Wizard of Oz.”

I thought, Ding- dong! The witch is dead.

Mama Carmela marched off the playground like a queen. I walked as straight and tall as she. Even Boy walked straighter than I’d ever seen him. Usually when we left school he was hunched over. That day, I learned that I could and should stand up for my rights no matter how scared I might be.

In the few weeks that were left in the school term, Miss Ferris did not maltreat any other Chicanitos. The next fall, there was a new teacher in the third grade. They told us Miss Ferris had retired, but we knew better. Mama Carmela had scared the mean old witch away. Miss Ferris would never hurt another Chicanito again.

Storyteller Elena Díaz Bjorkquist is a writer, historian and artist from Tucson who writes about her birthplace Morenci, Arizona. She is the author of two books, Suffer Smoke and Water from the Moon, and  co-editor of two anthologies created by her writers collective Sowing the Seeds: Sowing the Seeds, una cosecha de recuerdos, and Our Spirit, Our Reality; our life experiences in stories and poems. The story “Mama Carmela” was published originally in Our Spirit, Our Reality: celebrating our stories, edited by Elena Díaz Björkquist and Rosi Andrade, Wheatmark Press 2012. Elena is the moderator for the Facebook page Poets Responding to SB 1070.