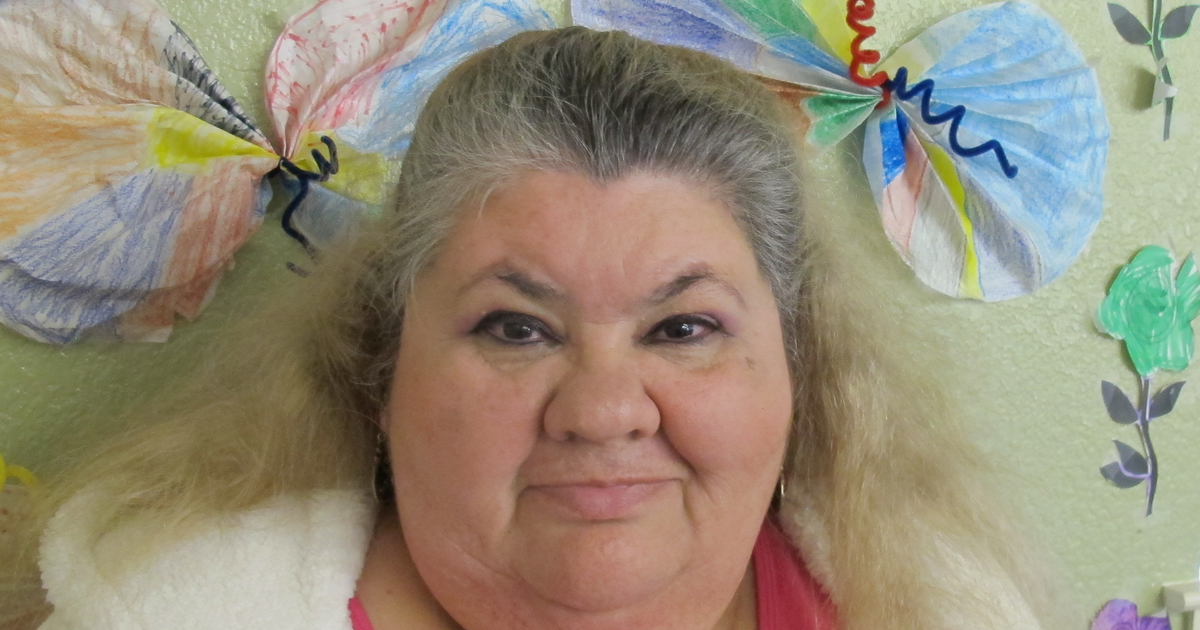 Ok, my name is Eva, and I come from the valley. From Huron, California; but I used to live in Brawley, California. My mom went to school there, in Huron. The other girls thought I was from Mexico, and they used to say “go back to your Mexico, where you should be.” And sometimes they even threw things at me; this was when I was in the sixth grade. After that, I graduated from school, and got to middle school.

There, I also had many problems because people didn’t like Mexicans, or so they used to say. And I used to get into fights when I was in middle school. Once I fought because they were saying my mom was like…well not from the United States. And because of all the fights at school, I no longer wanted to go, so instead I started working at thirteen in the fields, and I used to be in the cleaning area. And then I worked in the lettuce, An aunt asked if I wanted to work in the lettuce, and I said yes. Well I was only thirteen and working with lettuce machines. I did not even know how to grab the lettuce; I mean they filled the whole place where we were. We were standing there, filled with lettuce, and I used to go home crying because well, because they gave me a real hard time; and my mom would tell me to stop going; but I didn’t, I kept going and going, until I was seventeen.

When I turned eighteen, I said to my mom, “You know, ama, I’m going to Salinas to follow the crops.” And so I came and spent almost 25 years working in the lettuce, and I no longer went to school. So, I got married with my first husband. I had a boy – although I already had another one – I had my second child. And no, we didn’t last; I separated from my husband, and kept working to support my two kids.

Afterwards, I got pregnant with a girl, and the boys stayed with my mom. I took the girl and time passed until I met the husband I have right now. And now we have been together for twenty-three years. And yes, I’ve suffered a lot because sometimes he is here and I’m in Huron at the same time, and we don’t get to see each other for two or three months.

But he calls me every day.

“And that was how I lived my childhood. It was hard work in the fields, all my life.”

He is from Guanajuato, and I tell him he has to find a job where the hours are flexible because now I have diabetes, arthritis, high blood pressure, cholesterol, stress, anxiety, right? I have everything right now.

And I tell him that I would not like for him to be in my place. He says no, that because he is a broccoli cutter, that he wants to stay here in Salinas. He’s also been working in the area for about twenty years.

And I tell him sometimes, “Oh, let’s go to Mexico.”

And he says, “And what are we going to do there?”

“Maybe… but here you are already getting your social security”, because I got hurt working in the lettuce, and they won’t let me work any longer. And with the diabetes and the arthritis, well…I can’t work well anymore.

So, I tell him, but he says no. Like my mom, she bought a house in Huron. And now that she’s died, well it’s been given to me. So he says “No. Better we stay here in the house and take care of our own.” because I have – we have – four granddaughters, so he says it’s better we stay here with the girls. He just says, “What are we going to do over there?”

We’ve suffered enough, and right now that I’m here with Líderes, he tells me that I’m not that stressed, because some days I’ve just shut myself in my room and not come out, I’ve cried a lot, and yes, it’s been bad, and that’s all.

Storyteller Eva‘s mother was American and her dad was Mexican. She was born in Arlington, California, talks more Spanish than English and started working at the age of 13 in the fields. She is married and her husband is from Mexico.