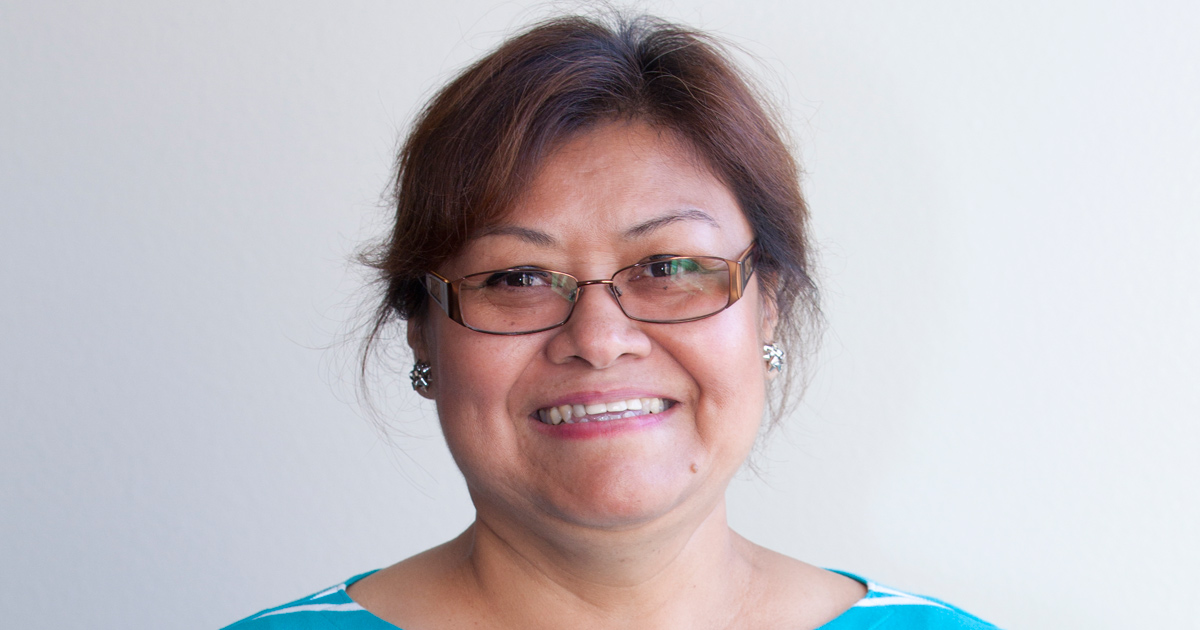 I was born in 1963, in a beautiful city in El Salvador, Santa Tecla. My mother had the luck of being a single mother,  at the time, possibly rejected by her parents, who eventually took us in to their home and raised me with a lot of love and values that made me who I am now – I grew up in that home.

In the end, my mother became kind of my sister. Later on, I started to value my mother’s love (when I became a mother). Time passed, I grew up, eager to study and to become someone in life, to have my own family where my children would always have their mom and dad together.

I could not get into college because of the conflicts of war in my country. It did not allow going to a public university. Private college was very expensive, and I lacked financial support. Later on, we migrated to the United States, and due to problems of sexual harassment by my uncle, I decided to return to my country.

I started to work and three years later I got married, full of illusions. During that time, I went to the university for three years to study law. I already worked, and I could afford my studies. Then, I had the blessing of becoming a mother. After taking fertility treatments I had a beautiful baby, my beloved Andrea Consuelo. The long-awaited role of being a mom (and dad) was about to start.  In my marriage, sometimes there were moments of abuse, which I tried not to name, I fought and apologized for the father of my children. And six years later, I had my beloved Miguel Ernesto. By then, I had already left school.

“In my life, there was nothing else except for my home, my work and my children growing up with me by their side.”

I used to come to the US to buy merchandise to sell and get extra money so we could have a better way of life. My children grew up with a father and mother, but the physical, verbal and psychological abuse became a bigger problem. The father of my children became addicted to alcohol, every weekend was awful. I contracted many sexual diseases and still he did not react.

As time went by, my children were growing and our family economy was getting worse, despite the fact that the father of my children had graduated and become a professional (something I had contributed to), every thing was worse. He blamed me for our financial problems, in spite of the fact that I was contributing more monetarily. We were together for twenty-two years. For a bit, we were separated because he left. After that, there was a reconciliation and finally, a severe beating which led to our eventual break up, because I went to the authorities. After getting psychological help, still with my feelings shattered, my daughter came to the US, because she was born here (thank goodness). My children are my greatest blessing. Months later, my son and I migrated to this country.

We are moving forward with the help of our Holy Father. My daughter is a feisty little woman, she studies and works. She’s my role model, very courageous, the biggest support I have. My son is a young man who, despite all the changes he has had to face (the moments life has presented) – such as leaving his school at sixteen to come and study high school, another language and make new friends – now is becoming an engineer (because, God willing, my two children will be civil engineers). They encourage me to keep going, to work every day and to seek to be a new woman. To be a better mother, a better daughter of God.

My children are my greatest pride and I’ll keep moving forward.

Storyteller Cecilia I. Villanueva Sánchez is a Salvadoran mother who is proud of her children.